In the last few months, a mysterious artist by the name of No Mana has started to make appearances on all of my favorite podcasts, including The Hot List with Aruna and Group Therapy with Above & Beyond. The polished, dark sound of his tracks caught my ear and led me to his recent Game Over EP, out on Mau5trap. Each song on  the record is equally strong and strikingly different, from the deep, techno beats of “Ten” to the fragile atmosphere of “Frozen Fireworks.”

No Mana’s dark, throbbing, textured sound incorporates elements of techno, progressive house, and video game music. His style sits somewhere between Deadmau5, Matt Lange, and Jerome Isma-Ae, so it’s only natural that he’s been snapped up by Mau5trap records.

It turns out that No Mana has a solid size discography behind him, despite only recently bursting onto the scene. I’m looking forward to digging further into his catalog as this up-and-coming producer continues to make a name for himself in the dance music scene.

Jayeson Andel has visions. A path lit by artificial fireflies. Oil slurping through veins of a human-machine hybrid. A colossal mech blazing a trail through a forest. A man walking the snowy streets of a moonlit metropolis, solitary as a monk. 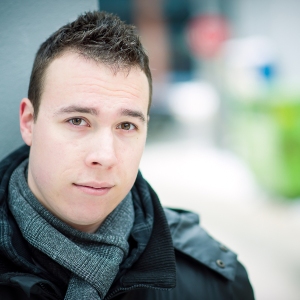 These are vignettes from the world of Urban Monks, Jayeson’s debut album, released on Silk Music’s Arrival division in 2015. Urban Monks proved to be one of the best (and most overlooked) EDM albums of last year. It is a work of diverse genres, drawing from trance, chillout, dubstep, and glitch hop. In fact, Urban Monks reached the top 10 charts on Beatport in no less than five genres, according to bptoptracker.com. And yet in spite of their diversity, the songs feel cohesive and purposeful, grounded by powerful grooves, electrifying melodies, and exquisite sound design. Together, the songs provide glimpses into an unnamed world where humans, machines, and nature blend together.

Until now, we haven’t known much about that world beyond the tantalizing clues provided by the track titles, such as “We’ll Build It Here,” “Oil in the Veins,” and “Laughing Buddha.” That’s because this concept album doesn’t feature a single lyric.

So on Episode 4 of The EDMist Podcast, I ask Jayeson to let us in to the world behind the music. Over our 46-minute conversation, he reveals the concepts behind several tracks, the subtle sound design choices he made to bring his ideas to life, and the artists and films he drew on for inspiration.

About the eclectic sounds of Urban Monks Jayeson says, “The way I kind of describe it as a theme for everything is organic-infused cyberpunk.” (Don’t worry, I had to take a second to parse that too.) He explains: “I like the futuristic, high-tech, augmented reality world of cyberpunk, but it’s a little bit too noir for me. Like, you look, at say, Blade Runner, and it’s very dark and has that edge to it – which I like. But [Urban Monks] is this very organic, life-based world with trees and stones and everything there mixed with this futuristic tech side of things.”

Jayeson cites the films Elysium and Oblivion as specific points of inspiration, both of which explore worlds of marvelous technology and organic life through stunning imagery. While his medium is different, Jayeson clearly thinks of his music in cinematic terms, describing how he uses recurring themes in “We’ll Build It Here,” and “Awe” Parts I and II to recontextualize familiar motifs and “infuse the listener with this album.”

One of the aspects that sets Jayeson’s album apart is his incredible attention to detail in service of the greater narrative – for example, in the way he plants clues to his ideas deep in the sound design of each track. “I can’t even tell you how much I’ve actually sampled of different leaves and twigs and used that as part of my percussion layers,” Jayeson says. “I spent an entire session with a friend cutting up apples and just breaking them and twisting them and used that as a percussion element.”

In one fascinating moment, Jayeson reveals that he conceives of his tracks as three dimensional journeys. This is most apparent in the tracks whose titles suggest movement,  “Follow the Firefly Lanterns” and “Walking with a Colossus.” After hearing the ideas behind these tracks, I asked Jayeson whether he sees his songs not only as progressions through time, but progressions through space. “Yes,” he answers, “Absolutely. And that goes right down to the sound design of everything. … ‘Walking With a Colossus,’ the intro of that track … I wanted to have these footsteps, but it had to feel like it was percussion as well. So there’s these big orchestral bass drum sounds that I put an incredible amount of reverb on and put them lower in the mix so that it felt like these giant steps were being taken.”

By now you may have guessed that Jayeson is not your stereotypical DJ-producer of the sort that cobbles together a career with one-off hits and passable production skills. This Edmonton-based artist has had turns as a classical violinist, mastering engineer, and record label A&R person. And while he no longer DJ’s live, he does produce a regular mix for Silk Music Showcase that he feels just as passionately about as his own album. Not a bad resume for a 25-year-old.

Jayeson’s broad background enabled him to take a vertical approach to producing Urban Monks. While most albums are a collaborative effort between many parties, including producers, engineers, designers, and more, Urban Monks was nearly a solo effort, in which Jayeson crafted everything from the samples to the album art. Even the label seems to have been happy to let Jayeson do most of the driving. I asked Jayeson how much the titular track “Urban Monks” changed since he submitted the first demo to Silk. “Not at all,” he says.

Jayeson’s influences in the music world are, unsurprisingly, varied. While he grew up on the sounds of trance and progressive house, these days he is drawn to visionary, genre-defying producers like Porter Robinson, whose album Worlds shares many thematic elements with Urban Monks. “For the album itself, I think the two people who really took hold were Andrew Bayer and Seven Lions.” Jayeson reveals that “Walking With a Colossus,” the only dubstep track on Urban Monks, was modeled on Seven Lions’ sound, while the downtempo beats of Andrew Bayer’s 2013 album If It Were You, We’d Never Leave served as inspiration for the grooves of many tracks.

Like any good fantasy world, Urban Monks leaves you wanting to explore it further. But while Jayeson claims he’s “still figuring [the world] out” himself, future visits to this sonic landscape are uncertain. “I have some incredibly terrible news in that I lost all of the project files for this album,” Jayeson admits to me. “So this is one hundred percent standalone work. … And of course, I designed the album to be so unique with the sound design that no one could ever recreate it, and unfortunately that also includes me. So, this is a perfect, beautiful, piece of uniqueness that will never, ever be recreated or remixed.”

Listen to our full conversation for more insider info about Jayeson’s must-hear debut album – like which track was written in answer to the uplifting trance sound of Above & Beyond‘s “Blue Sky Action” – and subscribe to The EDMist Podcast on Soundcloud and iTunes for exclusive bonus content. 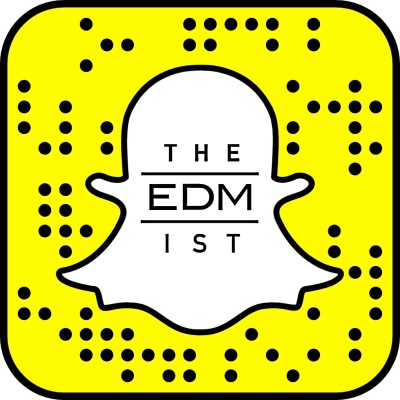