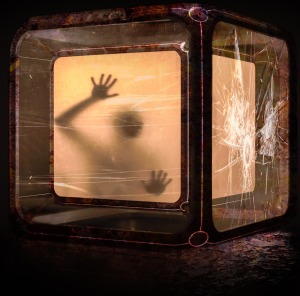 When Mat Zo unleashed his sophomore album on March 25th, 2016, I thought I had the thing figured out after the first few listens. Self-Assemble is pretty clearly a career manifesto. After struggling with opportunistic labels who valued output over creative vision, and genre-obsessed fans who demanded he conform to a single sound, Mat Zo grew increasingly frustrated by the pressure of what people expected his art to conform to. In 2014, he launched his own label, Mad Zoo, which he used to release this album and show the world that he was versatile and ever-evolving producer. Self-Assemble tells the story of that journey, beginning with the title which hints at his hard-won independence.

What I have come to understand in the year since is that Self-Assemble is also a musical self-portrait. At turns cynical, uplifting, paranoid, self-effacing, and abstract, its facets reveal a picture of an artist who has never come to terms with his own image. For Mat, whose real name is Matan Zohar, this album is a coming out – his first confident introduction to the world. Since we’re coming up on the anniversary of the record’s release, it seems like an appropriate time to revisit this career-defining LP and understand the story we may have missed the first time.

Damaged, and in Control

As with life itself, the album kicks off with a Big Bang. “Order Out of Chaos” atomizes any sonic world the listener just came from, and rebuilds a new one in its place – Mat’s world, a melancholy place full of uncertainty and confusion. A lonely, delicate, theme emerges – perhaps the first radio waves of a new, intelligent civilization? Or else the gentle pulsations of a human heart as it stumbles through the bewildering process of formation and into self-awareness. Besides setting up the musical story, “Order Out of Chaos” serves another purpose by establishing Mat at the outset as more than a musician and producer – he can now claim to be a bona fide sound designer.

As “Chaos” recedes, the album resolves into the first proper song of the journey, “The Enemy,” featuring Sinead Egan. I think is the most telling track of the album in terms of understanding Mat’s paradoxical outlook on life. The narrator starts brightly:  “Look at the sky and I think, we’re nowhere too.” But before she can take another breath, the thought curdles: “All I see is beauty, so why, why can’t you?”  In other words, it’s not that we can’t recognize the inexpressible beauty of life; it’s just that our humanity tends to get in the way of our being able to appreciate it. We see this right away when she sings, “So live your life of judgment, stereotypical mankind!” I especially love the irony of the singer decrying a “judgmental” human race while at the same time dismissing the entire species as “stereotypical.” I’m not sure what Mat’s involvement with the lyrics was, or if he’s even aware of the irony in these opening lines, but I read the narrator’s instantaneous disillusionment as a metaphor for his own tendency to let his cynicism get in the way of his own happiness.

In “Smacked Up On Jack,” Mat most directly comments on his own mental health. Over a sluggish, dreamy background, a voice sings, “They said I got bipolar, I’m schizophrenia, and I suffer from… what do you call it? Paranoia! I am crazy. But I’m a nice crazy guy!” Although this sample comes from a homeless man, rather than the 26-year-old British producer, it speaks for the artist, who has been honest about his struggles with depression and bipolar disorder. What I like about this sample is that comes out not as an apology, but a statement of identity. Not everyone has all their screws in place, and that’s okay: It’s often the “crazy” ones who speak the greatest truths… and create the most beautiful art.

“Patterns Emerging” returns us to the story from the introduction. Somewhere in the void, a melody begins to emerge. It’s new to our ears, yet somehow familiar. This could be because the chord structure evokes some of Mat’s earliest and most beloved songs (particularly “Rush“). As an artist, Mat first found his voice on Anjunabeats, when he released a succession of trance songs whose bittersweet chords endeared him to thousands of fans. But that Mat was young, uncertain, and unrefined. Just as it took him several more years to find his voice (in this very album), the melody we first hear in “Patterns Emerging” takes some time to come into its own.

Eventually, that melody reemerges, fully formed and self-possessed at last, in the most important track on the album: “Stereo No Aware“. Beginning with the ghostly echoes of the Bing Bang from “Order Out of Chaos,” the soundscape soon resolves into the frail but hopeful tweeting of what I imagine is Wall-E on his deathbed. After the vignette is interrupted by a series of bass-powered explosions – a signature Mat Zo element I like to call “bass bombs” – the tempo and tension ratchet up, promising a monstrous release. In the final quiet moment, the warbling of the dying machine meets the grisly roars and glitchy squealing that have been threatening its peace. The whole thing culminates into in a classic-style trance anthem, before falling apart once again at the hands of one final, decimating bass bomb.

“Stereo No Aware” could stand alone as a self-contained story. Wordlessly, it tells a complex tale, zooming between sonic worlds like an intergalactic spaceship, from music concrete to electro to trance and beyond. But its crucial positioning at the heart of the album amplifies its message by delivering on the promise of “Order Out of Chaos” and “Patterns Emerging.” We understand it as the culmination of the story, as well as Mat’s personal and professional journey. In this piece, Mat demonstrates his mastery over the genres to which he was once bound. No longer a slave to trance music, he can now deconstruct its conventions and supersede them.  When it suits him, he will make use of the elements that serve his purpose, like anthemic chord structures and a simple four-to-the-floor beat. But when it gets in the way of his vision, he can do away with the other genre fixtures that constrain his creativity, like dancefloor-ready song structures, or traditional trance-style kick drums. The music is his to mold.

For now, anyway. The title of the song is a pun on the Japanese term mono no aware, which very roughly translates as “a sensitivity to ephemera” – or an acute awareness that all things must pass. While the rich sound design speaks of a confident producer who knows exactly what he’s doing, the melody tells a different story. In it, we hear an uncertain voice teetering on the brink between hope and despair. Though it goes on for nearly six minutes through several distinct movements, the song never actually resolves; instead, it blows itself up in a suicidal spasm.

When the smoke clears, we hear a familiar voice on “Too Late,” as Sinead Egan picks up the story from where she left off on the second track. In a clear answer to the optimistic opening lines of “The Enemy,” she now sings: “Look out the window, all I see is rain. And I whisper, calling out her name.” Regretful and forlorn, the woman who accused “stereotypical mankind” of “living a life of judgment,” perhaps now realizes how her own prejudice prevented her from appreciating the beauty she once could see. Underscored by a rote, trap-influenced progression, she seems both resigned and defiant in her new identity. The climax is everything you could ask for at a mainstage festival performance, with operatic backing vocals that evoke apocalyptic images. Mat has seen his career blow up at least once, after waged a days-long twitter war against such figures as Diplo, Armin van Buuren, and Markus Schulz. I imagine this to be the soundtrack behind those moments when he has been forced to confront the consequences of his choices. “Is it too late? Am I too late? Why can’t forever last? Why can’t we change the past?” But Mat is not the type to pine for a world that could have been. It’s a rhetorical exercise, and one that only leads to greater resolve. “I know we can’t change the past,” Sinead concludes, as the song dissolves into the final track of the album, the somber and reflective “Last Transmission.”

At the end of the album, we’re left with a map of Mat’s career, tracing his formation from a budding producer to a skillful sound designer and genre-blending artist. But we’re also shown a portrait. Abstract, abrupt, and drawn from disparate elements like a Picasso piece, it is nevertheless more beautiful for its inconsistencies and imperfections. Mat Zo isn’t here to create for you the soothing images of a Bob Ross painting any more than the tired conventions of a trance song. He’s here to show you all the pieces of himself, whether you like it or not – now that he’s finally assembled.